As a partner in the University of the Highlands and Islands, Orkney College makes an important contribution to the research profile of the University.

As well as taking forward academic knowledge much of the research undertaken in the College has significant social and economic benefits and also underpins teaching at undergraduate and postgraduate level.

Orkney leads research in UHI in three areas, each of which submitted to the Research Excellence Framework in 2013:

These areas have a particular resonance in an island community with close Nordic ties, superlative archaeological sites and where agriculture has been a core industry for generations.

Research activity is also developing in the field of art and textiles and this enthusiasm to explore new horizons characterises the enthusiasm of staff to be at the forefront of their discipline.

Based at Orkney College and founded in 2002, the Agronomy Institute is at the forefront of research into the development and commercialisation of new crops and plant products in the Highlands and Islands of Scotland.

In collaboration with farmers and industry, the Agronomy Institute has a wide-ranging research portfolio which includes:

See further information on the Agronomy Institute and research undertaken by it.

The Institute for Northern Studies is Scotland’s most northerly research centre. We deliver locative based research and teaching in the Northern Isles of Orkney and Shetland. We aim to place the Scottish Islands and Scottish Highlands in their Nordic and North Atlantic context. We work with other universities in the UK and abroad, heritage agencies and local businesses.

We are engaged in interdisciplinary research ranging across a wide geographic area covering Scotland, Ireland, Scandinavia and the wider North Atlantic. Our international team of lecturers and researchers are committed to research of international reach and significance. Research expertise covers many fields, such as Highlands and Islands literature, the History of Scotland and Ireland, The Viking Age, Folklore, Dialects and Island Studies. As well as academic research, the team also shares their research with a wider public audience through engagement with local and regional community groups and cultural organisations.

Among the research projects in which staff from the Institute are or have been involved, are the following:

More information on the above projects can be found here.

We offer research-led teaching at post-graduate level in the form of five MLitt programmes.

We advise PhD students working on topics such as and intercultural exchange between Shetland and Norway, the Vikings, traditional Shetland boats, Orcadian Identity and Highlands and Islands literature.

For general information, please contact Kim Burns at kim.burns@uhi.ac.uk or on 01856 569300.  Also see the Institute for Northern Studies site.

The University of the Highlands and Islands Archaeology Institute is a world-class teaching and research organisation dedicated to advancing our understanding of the historic environment through the creation, interpretation and dissemination of archaeological knowledge.

The Institute provides a locus for innovative research, university education and lifelong learning in outstanding heritage environments. We support local, regional and global communities to explore and promote their heritage and development through our expertise in consultancy and research. Our forward thinking and interdisciplinary approaches to archaeological and heritage research, and our worldwide links and collaborations, create in the UHI Archaeology Institute a vibrant international centre of excellence.

Archaeological research is conducted across a wide range of periods and regions. Perhaps unsurprisingly, there is a core focus upon the Highlands & Islands region. However, recent projects have ranged from Scotland to Easter Island, Nepal, Tanzania and Sri Lanka.  Follow this Read more about our research themes and projects.

The Archaeology Institute has teaching and subject experts located throughout the Scottish Islands. 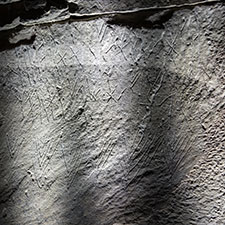 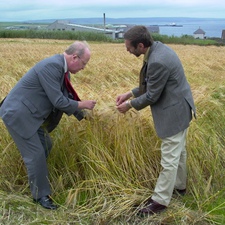 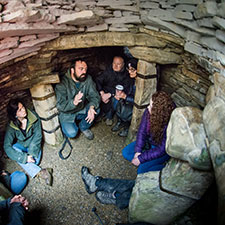