In 2021 it is a hundred years since the Orkney writer George Mackay Brown was born. Brown had a gift for seeing wonder in everyday occurrences and details, such a bluebottle flying around his lamp, dew in grass, or drift goods on the shore. These moments of wonder he captured in his poetry and novels, but also in his journalism. For many years, Brown worked successively for the Orkney Herald and Orcadian newspapers, using the pen name Islandman. During this time, his colourful knitted scarf took on celebrity. Brown and his scarf were immortalised by R.T. Johnston in his ‘Spike’ cartoon.

To celebrate George Mackay Brown’s 100th birthday, the UHI Creative Writing team and Orkney College have teamed up with Book Week Scotland to make a scarf of wonder. This is a digital scarf where each section contains piece of text written in response to George Mackay Brown. The texts on the scarf were produced in creative writing workshops led by Mandy Haggith, Gabrielle Barnby and Ragnhild Ljosland, and written by BA Creative Writing students and the general Orkney public. 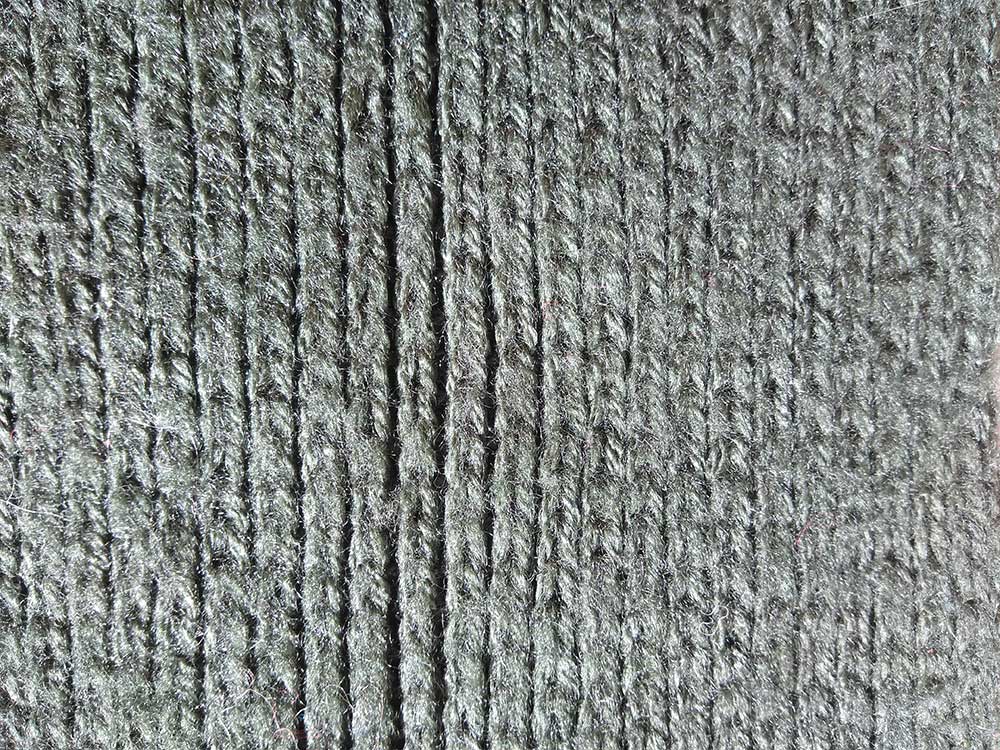 Wing bone of swan,
once the air thrummed.
Now beats a rhythm
on my drum

The military reaper
keeps prisoners of war.
Remove the machine,
free flowers and heads of seed
to dance in the breeze.

With multi-facetted eyes
so big for its size,
it spies bright light:
incandescent globe of heat
against which to beat.
‘This I must fight,
nae hit or miss.
The Glasgae Kiss!’ 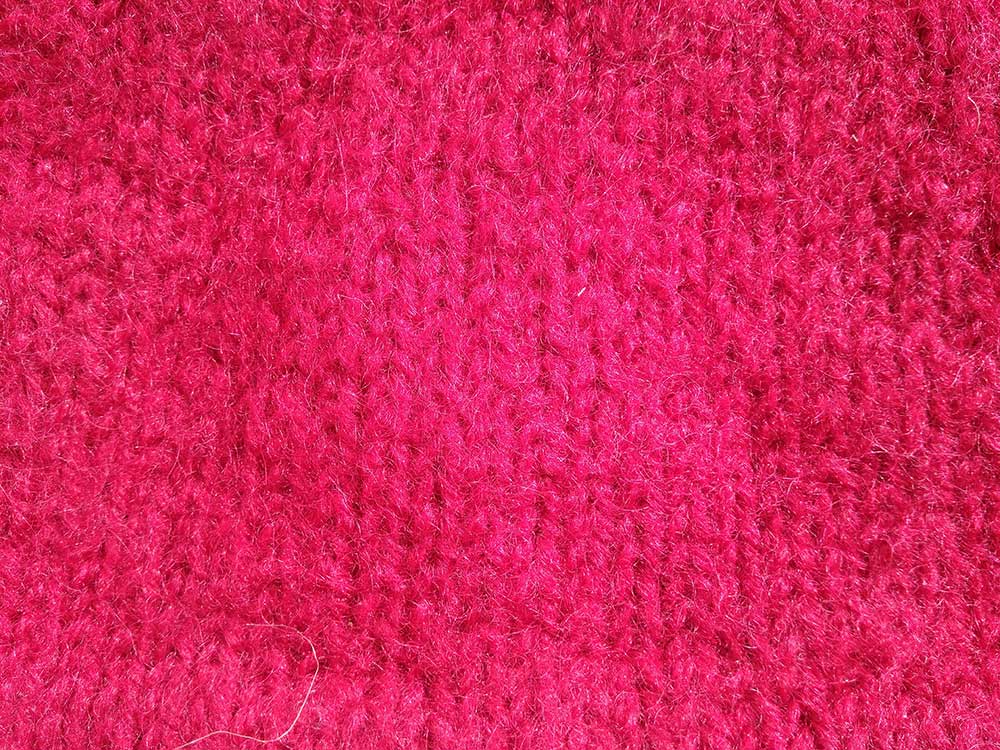 Inspired by George Mackay Brown’s poem
Beachcombing and the idea of returning
to the same beach over and over
as I did with this beach throughout my childhood.

The beach of my childhood
Ahead the task is daunting
Dunes I once dashed up giggling
Loom threateningly
Climb on, slow and scrambling.
Handfuls of razor-edged grass
Aid those final steps.
I stand atop the mountains of my childhood.
My whole world at my feet.
These grass cuts sting a little.
Oh, that endless swath of sea and sky,
More home to me than anywhere.
Is worth it.
Always.
Should I dive off?
Roll down through that grass and sand?
I would have once so gladly
Ran back for another go.
But no
These grass cuts sting a little.
I think I’ll take it slow.

They say death is like falling asleep,
But how would they know?
No one has ever come back to tell us.
It is but speculation.

They say time heals all things,
But how would they know?
The constant ache in my chest, still,
At being left behind
Shows no indication of leaving me.
And it has been such a long, long time.

I say, death is not like sleep,
You did not slip easily away.
You were taken from me, ripped, like a continental shift,
And no amount of moving heaven and earth,
Can bring you back to my side.

I say, loss is like the ocean,
It ebbs and flows like the tide.
And when the tide is out, I am numb,
And on it’s return, it comes crashing in,
With the weight of all the emotions it had briefly borne out to sea.

In that moment, I am consumed,
Drowning in the waves of grief that have returned,
The solace of numbing relief gone,
Once again, I gasp for air, reaching for a relief I cannot find.
Instead, I am met with the seemingly endless wall of water
And emotion, and once again,
I feel myself sinking, unable to draw breath.

And that, is how those left behind cope,
We no longer live, instead,
We merely exist.
We exist in those numb, tidal moments when our
Feelings are numb, and our memories are all that is left
To Console us.

A gold coin, worn with age,
A smooth pebble, like glass
Old fishing rope, hard and frayed.
A broken shell, devoid of life but not of beauty.
A delicate, white skull of a seabird, drowned or dashed by ferocious winds.
Crisp, salty seaweed that pops to the touch.
A beautiful piece of driftwood that will take pride of place on a dining room table.
So much treasure, but the greatest of all is the recapturing of the wonder of my childhood.

Conversation with a Saint

I find myself needing to
tell you, St. Magnus
You made a difference

Medieval history, dear Saint,
would have been so much
the poorer without you
You made a difference

On a thread, long and delicate
as that of an intricate spider's web
your deeds and dignity come
down to us through the centuries

That thread, as fragile as it
appears, is strong as a steel girder,
the web as complex as history
itself. As thanks for your human
kindness you were made a saint

because,
dear Magnus,
you made a difference

Poet, you are most generous of spirit,
gracious in your words of praise that
I don't consider I deserve

Millions, over time, historians and the
like, thought it strange for one born
in my Era to choose a life of abstinence
from all that God deems sinful, but
I did what I thought was right

People of my Age believed I was selfish
not to share in the burden of battle in
the Menai Straits. They believed I
should hate my duplicitous cousin, but
I did what I thought was right

I forgave Hakon for his cowardliness;
he wanted me dead, but could not carry out
the evil deed himself. I forgave the poor cook
who brought the axe down on my head
I did what I thought was right

I have been vindicated,
dear Poet,
by the magnanimity of people's memory

Light, gentle-hued as buttermilk, slipped silently beneath the canvas
Bittersweet was our first view of the spot where nine hundred years
before Magnus Erlendson had been so brutally slain

We breakfasted in silence with a feeling of biding inside history itself
The sun, pushed its first rays, like outriders, over distant hills
It seemed to hesitate as if loath to begin this auspicious day

As if it knew it had no choice it finally showed its face, blithely skipping
across the silver foil of waves like a child playing hopscotch

A breeze rose from the sea, cajoling the waves shorewards
in ripples of soft laughter

To us the sound spoke of the gentle splashing of oars heralding
a flotilla of Viking ships bearing burly battle-ready men
We watched the coastline, but none appeared

Stepping through the archway into the grassy nave, genuflecting
instinctively, a miraculous sense of peace overcame us

The wind left silently, the waves ceased their lapping,
even the birds adjourned their song

There, in front of us, by a flat knoll, a figure knelt, head bent,
absorbed in prayer. We both saw him, there's no denying

Breath held, we knew it couldn't be true. It was merely
the ghost of St. Magnus here, on his nameday, to pray

'Come', he seems to be saying to me
'Come with me down the long roads
and byways into Medieval history
and I will show you St. Magnus;
I will tell you his story'

The language draws me in, takes me back
nine centuries until in my mind's eye I am there
(as though watching myself in a movie)
walking with Magnus, listening to his wise words,
witnessing his good deeds and kindness to people

In a dream I am sitting on a bench in some quiet valley
with a view of a tranquil summer sea and the sun warm
on my face. Beside me sits the poet in quiet reflection
I start out of my own reverie, unable to believe my luck
He smiles his gentle, slightly crooked smile

Too shy to speak to a stranger he sits with his hands
calmly resting on his knees. I stay silent, too awestruck
to find the right words. He looks down, sees the book of
poems in my lap. He smiles again. Now it is he who speaks,
unable to let our common interest pass

Down the long tunnel of my dream I hear his words once more
'Come with me and I will show you St.Magnus; I will tell you his story'
I find I cannot rise, my crippled legs won't work. Embarrassed that he
has not noticed my affliction. 'Stay', he says, 'I will bring the Saint to you'
Anything is possible in a dream

I found Orkney,
it hid north,
beneath low clouds,
behind white horses,
over the Firth.

Oh for that first breath of Orkney air

then to look down on the Loch of Stenness

and perhaps a rainbow!